Creation of 1764 Posts in Health & Family Welfare Dept of TS

Bank of Baroda (BOB) has published Advertisement for below mentioned Posts 2017. Other details like age limit, educational qualification, selection process, application fee and how to apply are given below.Posts:
Total No. of Posts: 337 PostsEducational Qualification: Please read Official Notification for Educational Qualification details.Remuneration: Remuneration offered will be on CTC basis as per market benchmarks and is negotiable based on candidate’s qualifications, experience and overall suitability for the respective posts. CTC will be fixed, however, the selected candidate will be eligible for Performance Linked Variable Pay which will be over and above the Fixed Salary but linked to the achievement of specific targets.Selection Process: Selection will be based on shortlisting and/or combination of written aptitude test and one or more rounds of Personal Interview and/or Group Discussion.
Fees: Application fees and Intimation Charges (Non-refundable) Rs. 600/-for General and OBC candidates; Rs.100/- (Intimation charges only) for SC/ ST/PWD candidates. Bank is not responsible if any of the candidates makes more than one payments.How to Apply: Interested Candidates may Apply Online Through official Website. 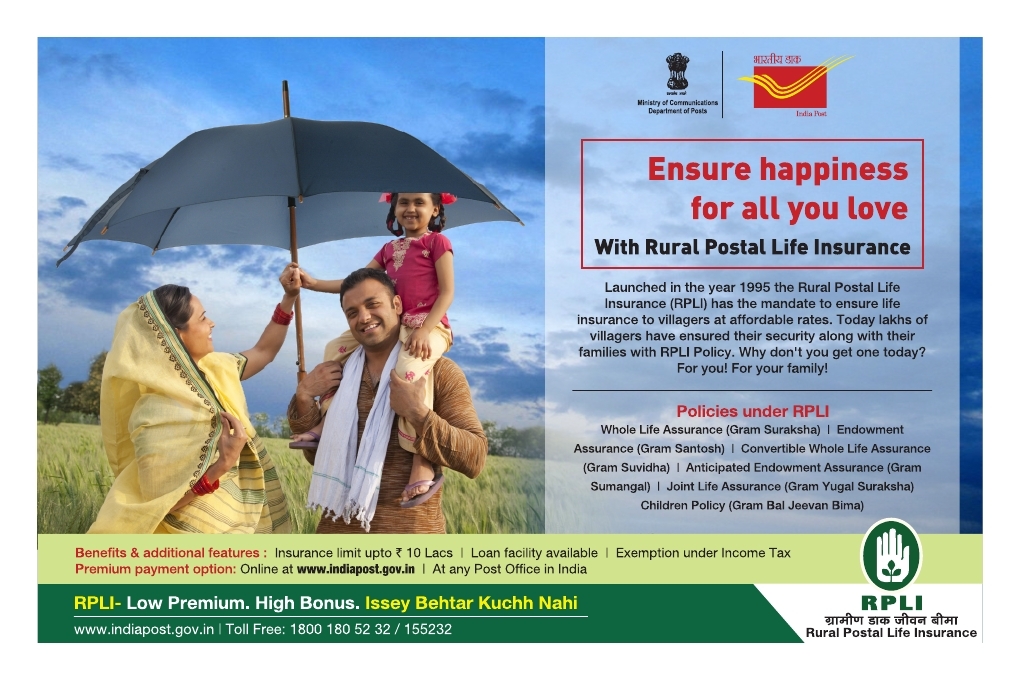 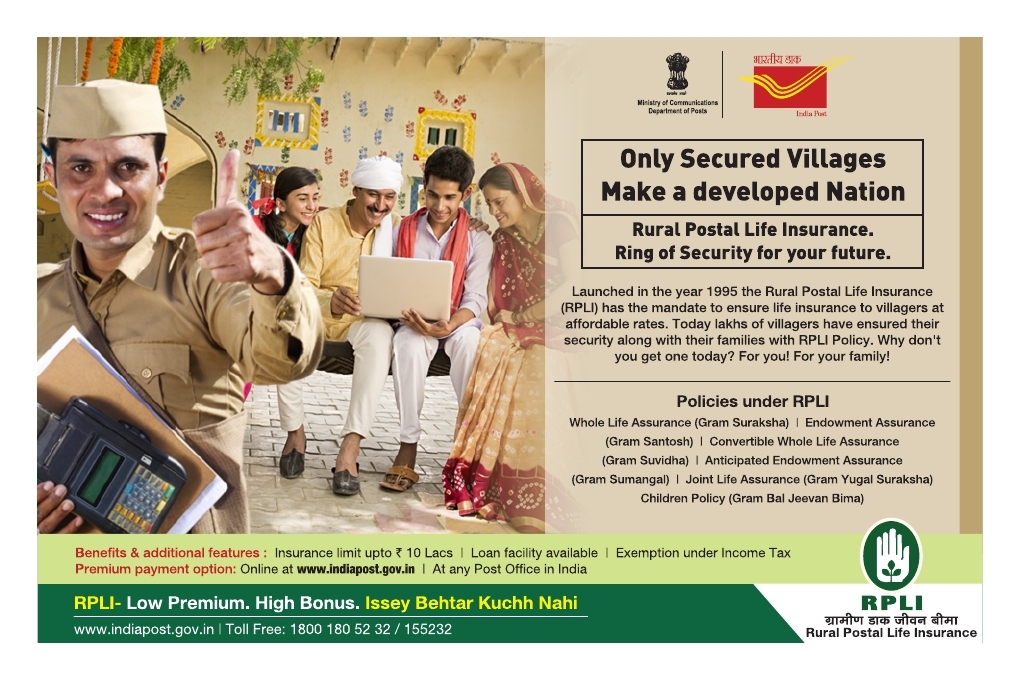 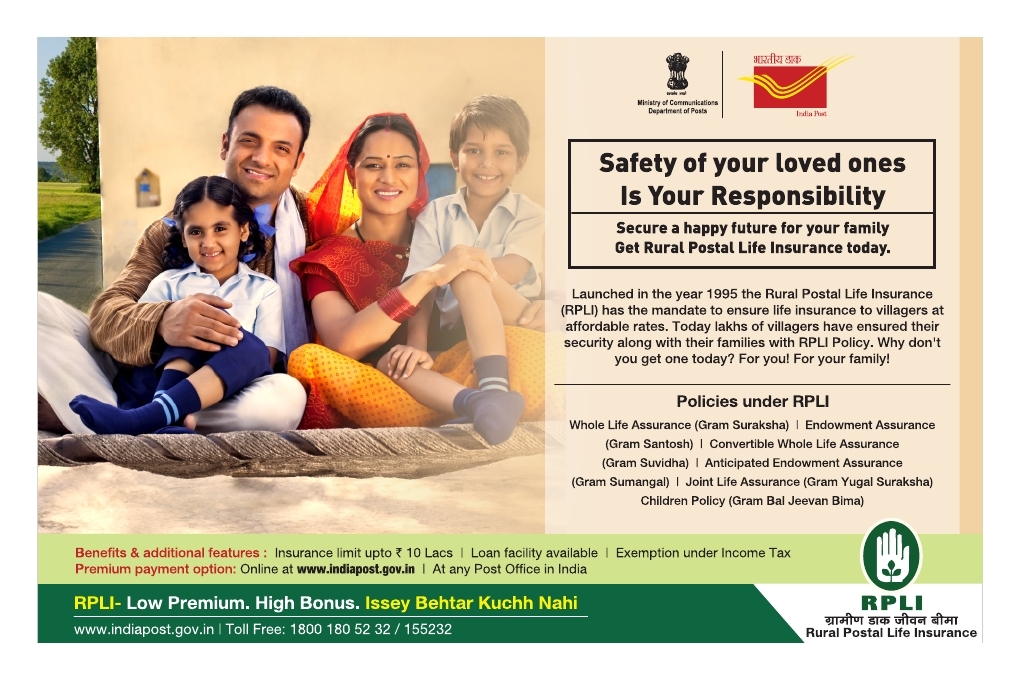 Rule : A Sevak shall have to give an undertaking that he has other sources of income besides the allowances paid or to be paid by the Government for adequate means of livelihood for himself and his family.

• The Committee also found out during the visit to Circles that this condition is not being implemented in letter and spirit and merely exists on paper in most of the cases.
• This conditon exists in paper only.
• The declarations given by GDS were mostly not correct.
• No action has been taken by the Dept.for submitting incorrect declarations.
• How alternative means of livelihood is available to GDSs who come to work from outside the post village due to changed residence condition ?
• The employeers who hire labours for different works in the rural areas ,will not hire GDSs for 2-3 hours in a day after working hours of GDS Post Office.
• A large percentage of GDSs are now solely dependent upon the wages which they receive from the Department.
Finally, the Committee feels that this condition needs to be changed appropriately which suits the requirements of the Department as well as GDSs.

• After examining all these issues, Directorate dont want to made any changes in this rule and hence they are in the view that " the maximum working hours is restricted to 5 hours according to Rule 3A(i) , there is no logic seen in taking away this condition.
NUGDS(FNPO) stand :
• Both these rules i.e, 3A(i) & 3A(iii) are interlinked
• We submitted and proved before Kamalesh Chandra Committee and Directorate that " majority of GDS were performed their duties beyond 5 hours with the standards of workload norms assigned by DoP & upto 10 to 15 hours by including MGNREGS and Social Security Pensions.Hence, requested the DoP to provide 8 hour duty to all GDS.

If 8 hours duty provided to GDS by DoP, there is no need to take declarations from GDS for other sources of income.
(or)
It is evidently proved by the GDS Pay Committee Report , that" this rule exists in paper only".

There fore, we ask, request and demand the abolition of GDS Conduct & Engagement Rules,2011 for better livelihood of India Post. 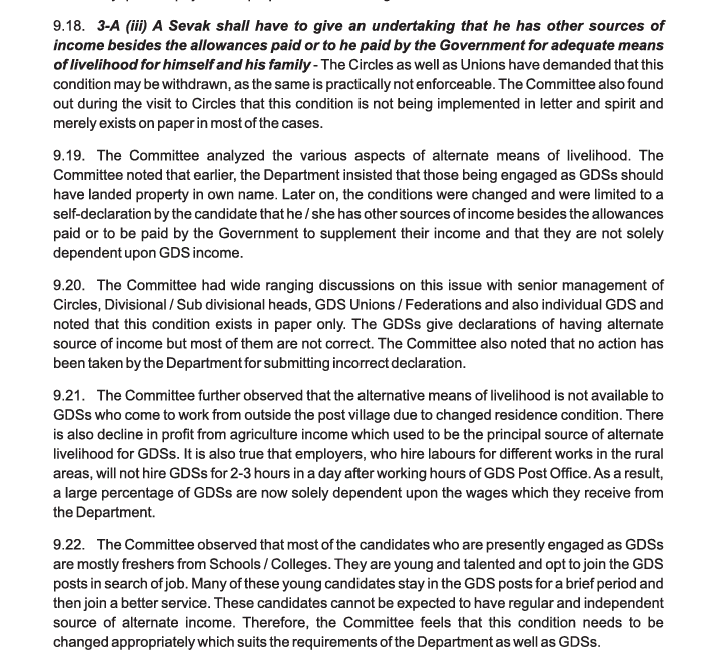 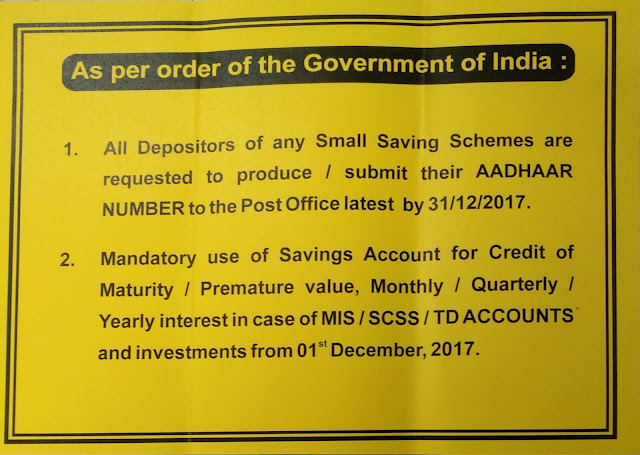 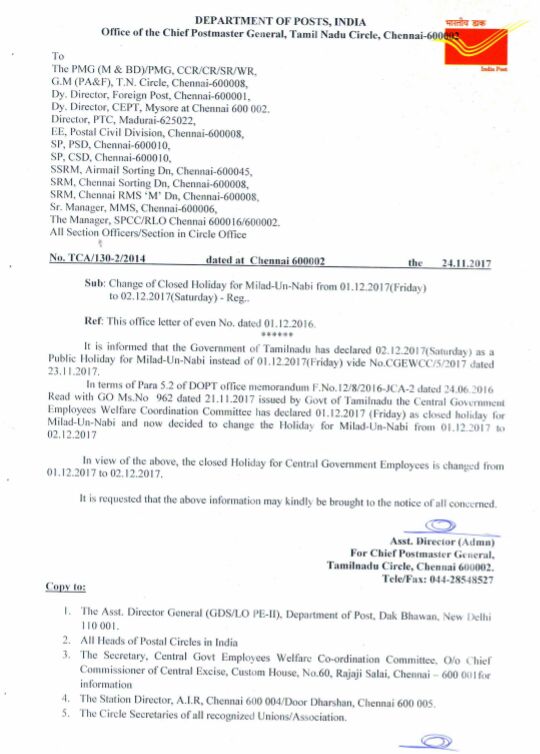 HANDBOOK ON CSI FOR INSPECTING OFFICERS

This is "HANDBOOK ON CSI FOR INSPECTING OFFICERS" Prepared by CEPT CSI command and control center, which is most useful for Inspecting officers for inspecting CSI rolled offices, which will be updated further based on the valuable suggestions of officers. 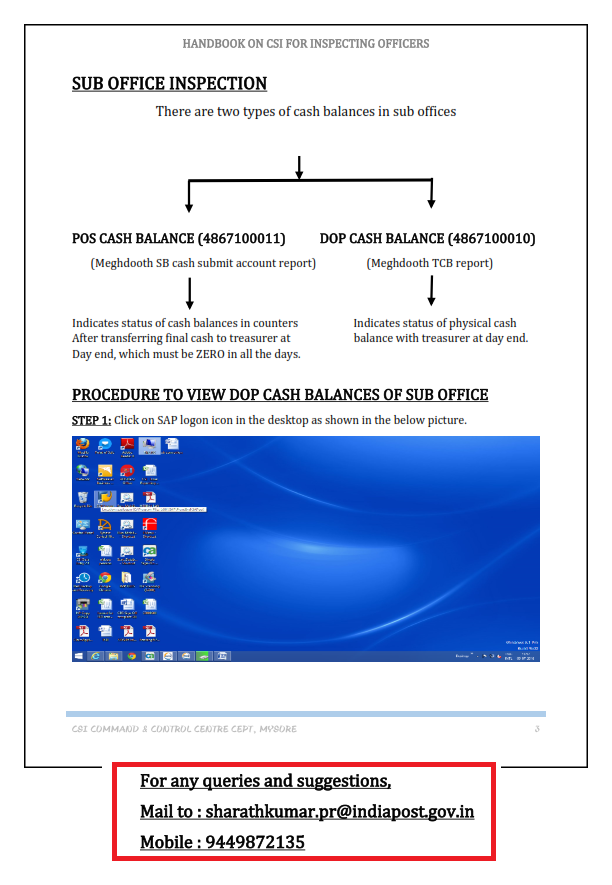 Power Grid Corporation of India Limited (A Government of India Enterprise) a Navratna PSC invites applications from experienced Professionals for recruitment of Deputy Manager, Senior Engineer and Assistant in Electrical Discipline. Other details like age limit, educational qualification, selection process, application fee and how to apply are given below.

Application Fee: A Non Refundable fee of ₹ 500/-. The fee can be made through Online Payment Gateway through Credit Card/ Debit Card/ Net Banking or available e-Wallet. The last date for submission of application fee is 21st December 2017.
Selection Process: Shortlisted candidates will be called for Personal Interview.How to Apply: Interested Candidates may Apply Online Through official Website.

Power Grid Corporation of India Limited (A Government of India Enterprise) has published Advertisement for below mentioned Posts 2017. Other details like age limit, educational qualification, selection process, application fee and how to apply are given below.

2. As provided in para 7 of Ministry of Finance, Department of Expenditure’s Resolution No.1-2/2016-IC dated 25th July, 2016, the matter regarding allowances (except Dearness Allowance) based on the recommendations of the 7th Central Pay Commission (CPC) was referred to a Committee under the Chairmanship of Finance Secretary and until a final decision thereon, all Allowances have been paid at the existing rates in the existing pay structure.

The Deputation (Duty) Allowance admissible shall be at the following rates:

(a) In case of deputation within the same station the Deputation (Duty) Allowance will be payable at the rate of 5% of basic pay subject to a maximum of Rs.4500 p.m.

(b) In case of deputation involving change of station, the Deputation (Duty) Allowance will be payable at the rate of 10% of the basic pay subject to a maximum of Rs.9000 p.m.

(c) The ceilings will further rise by 25 percent each time Dearness Allowance increases by 50 percent.

Note: 1 ‘Basic pay’ in the revised pay structure (the pay structure based on 7th Central Pay Commission recommendations) means the pay drawn by the deputationist, from time to time, in the prescribed Level, in Pay Matrix, of the post held by him substantively in the parent cadre, but does not include any other type of pay like personal pay, etc.

Note: 2 In cases where the basic pay in parent cadre has been upgraded on account of non-functional upgradation (NFU), Modified Assured Career Progression Scheme (MACP), Non Functional Selection Grade (NFSG), etc., the upgraded basic pay under such upgradations shall not be taken into account for the purpose of Deputation (Duty) Allowance.

Note 4 In case of Reverse Foreign Service, if the appointment is made to post whose pay structure and/ or Dearness Allowance (DA) pattern is dissimilar to that in the parent organisation, the option for electing to draw the basic pay in the parent cadre [alongwith the Deputation (Duty) Allowance thereon and the personal pay, if any] will not be available to such employee.

Note: 5 The term ‘same station’ for the purpose will be determined with reference to the station where the person was on duty before proceeding on deputation.

6. In so far as persons serving in the Indian Audit & Accounts Department are concerned, these orders issue after consultation with the Comptroller & Auditor General of India.

(Rajeev Bahree)
Under Secretary to the Government of India
Source: DOPT
Posted by AIPSA at Tuesday, November 28, 2017 No comments: