Chennai: In a bonanza for nearly 12 lakh employees and teachers, the Tamil Nadu government on Wednesday announced a manifold revision in minimum and maximum wages in line with the 7th Pay Commission.
Following the move, the government would incur an additional expense of Rs14,719 crore annually, chief minister K.Palaniswami said.
A meeting of the state cabinet chaired by him earlier in the day accepted the recommendations made by a panel in this regard based on the 7th Pay Commission suggestions.
The new wage structure was arrived at using the 2.57 multiplication factor followed by the central government, the chief minister said.
“Accordingly minimum wage has been determined at Rs15,700 as against the existing Rs6,100 while the maximum wage will be Rs2.25 lakh,” he said in a statement.
The existing maximum wage was Rs77,000. The hike in various allowances include HRA were more than previous revisions, Palaniswami said.
Further, the 2.57 multiplication factor had been used to revise pension/family pension, which will be Rs7,850.
The decision would benefit seven lakh pensioners, he said.
Maximum pension would be Rs1,12,500 and family pension would be Rs 67,500, he said adding the ceiling on gratuity at the time of retirement had been increased from Rs10 lakh to Rs20 lakh.
Wage revision benefits were also being extended to nutritious meal scheme workers, Anganwadi staff and village panchayat officers, the chief minister said. He also announced a 30% hike for those employees receiving consolidated pay. 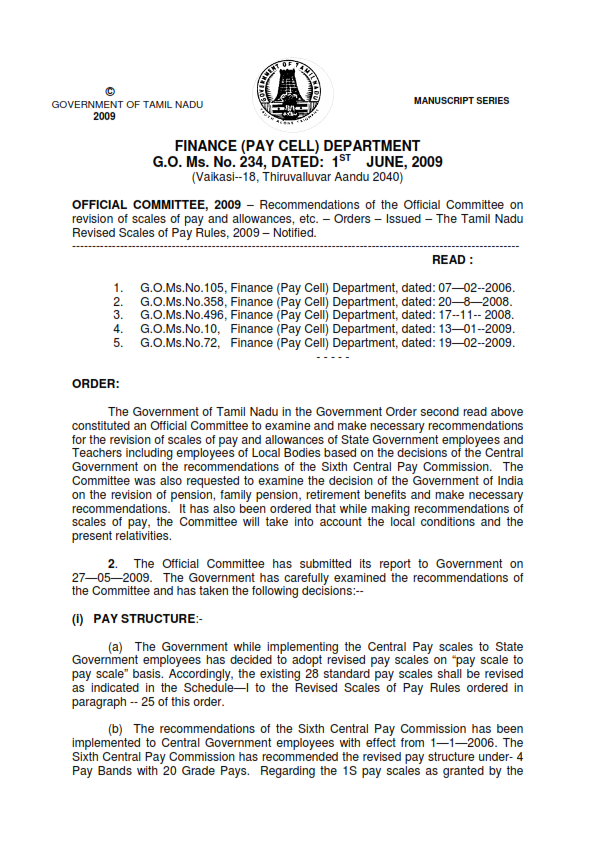