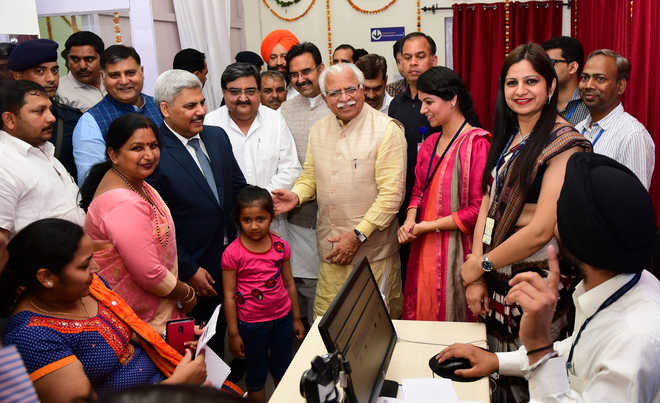 He also announced that apart from Karnal, two more Passport Seva Kendras will be started in Hisar and Faridabad soon.

The chief minister said people would get the passport in just seven days.

Initially, residents of Jind, Panipat and Karnal would be able to avail the facility at Karnal centre, and later some other districts would be added with this centre after reviewing its load, Khattar said.
The Union Government has planned to set up such kind of passport centres in around 450 cities, he said.
When asked about the Jat agitation, he said after the talk with the government the Jat community members have been lifting their dharnas and the government has also been working to implement their demands.
Riya (6), a resident of Ashok Nagar, became the first applicant at this centre. She along with her mother Babli and father Vineet Garg had come to apply for passport. The Chief Minister also greeted Riya for availing this opportunity.
“We had applied for the passport of Riya at Ambala office, but when we came to know about Karnal office then we immediately applied for an appointment. Luckily, we got first appointment,” said Riya’s mother.
Posted by AIPSA at Wednesday, March 29, 2017