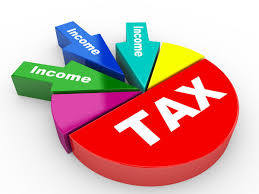 As you are aware, a tax deduction is a reduction in tax obligation from a taxpayer's gross income and it can be the result of a variety of events that the taxpayer experiences over the course of the year, which lowers the taxpayer's overall tax liability.

At present different tax codes allow taxpayers to deduct a variety of expenses from taxable income. Taxation authorities in both the Central and State governments set the tax code standards at different intervals. It is an un- disputed fact that the tax deductions set by government authorities are often used to entice taxpayers to participate in community service programs for the betterment of society. Thus the taxpayers who are aware or unaware of eligible central and state tax deductions greatly benefit through both tax deduction and service-oriented activities annually.
We have been paying a huge amount of  tax daily, monthly, quarterly  half yearly  or yearly towards  different kinds of taxes to the Government, such as Service Tax, Building Tax, , Property tax, Gift Tax, Entertainment tax, Sales Tax, Excise tax/duty  , Professional tax Income tax etc. In addition to that certain amount of cess is also levied along with taxes in some cases. Suppose the telephone bill for a particular month is Rs. 1000/-, we are paying an additional amount of Rs.150/- or more towards service tax and cess. Likewise if we recharge our mobile phone for Rs.100/- more than Rs.15 is immediately deducted and the remainder only is credited towards talk time. So also is the case of purchase for goods and availing of services. As such though aware or unaware of the fact, thousands of rupees are  paid by us towards taxes including income tax every year.

Actually, the amount equal to the sum total of such taxes is a part of our income earmarked for government purpose. In short, the beneficiary of this part our hard earned money the Government as it is not utilized by personal or family purposes by the tax payer. Due to the very reason, we the individual tax payers including the salary class are entitled to get deduction from income tax equal to the sum total of different taxes paid especially income tax. But it is disheartening that only Professional Tax is being deducted from our income while computing income tax. As a result a huge amount of loss is being sustained by the tax payers every year,

The following simple calculation would reveal  this
Suppose the Gross income of an individual tax payer is Rs.700000/-  before deduction of Rs.150000 under  section 80 (C ). He had paid total tax of Rs. 50000/-(including income tax of previous year) .

Hence it would be advantageous is the Income tax computation system is revamped in such a way that un- necessary burden is shouldered by the individual tax payers who  may have to take initiative to bring the matter to the notice of the government so as to remove the anomaly.
Posted by AIPSA at Friday, January 27, 2017