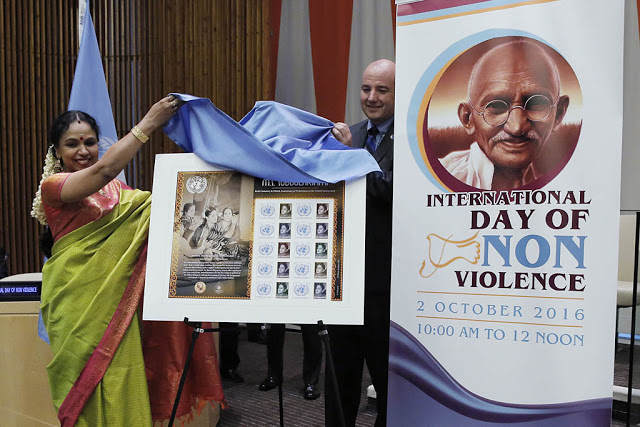 UN Postal Administration unveils the commemorative stamp of M.S. Subbulakshmi, Indian music legend on the 50th anniversary of her performance at the UN in 1966, during an event on the International Day of Non-Violence at the UN Headquarters on 2 October 2016. The first copy is presented to musician Sudha Raghunathan (left).