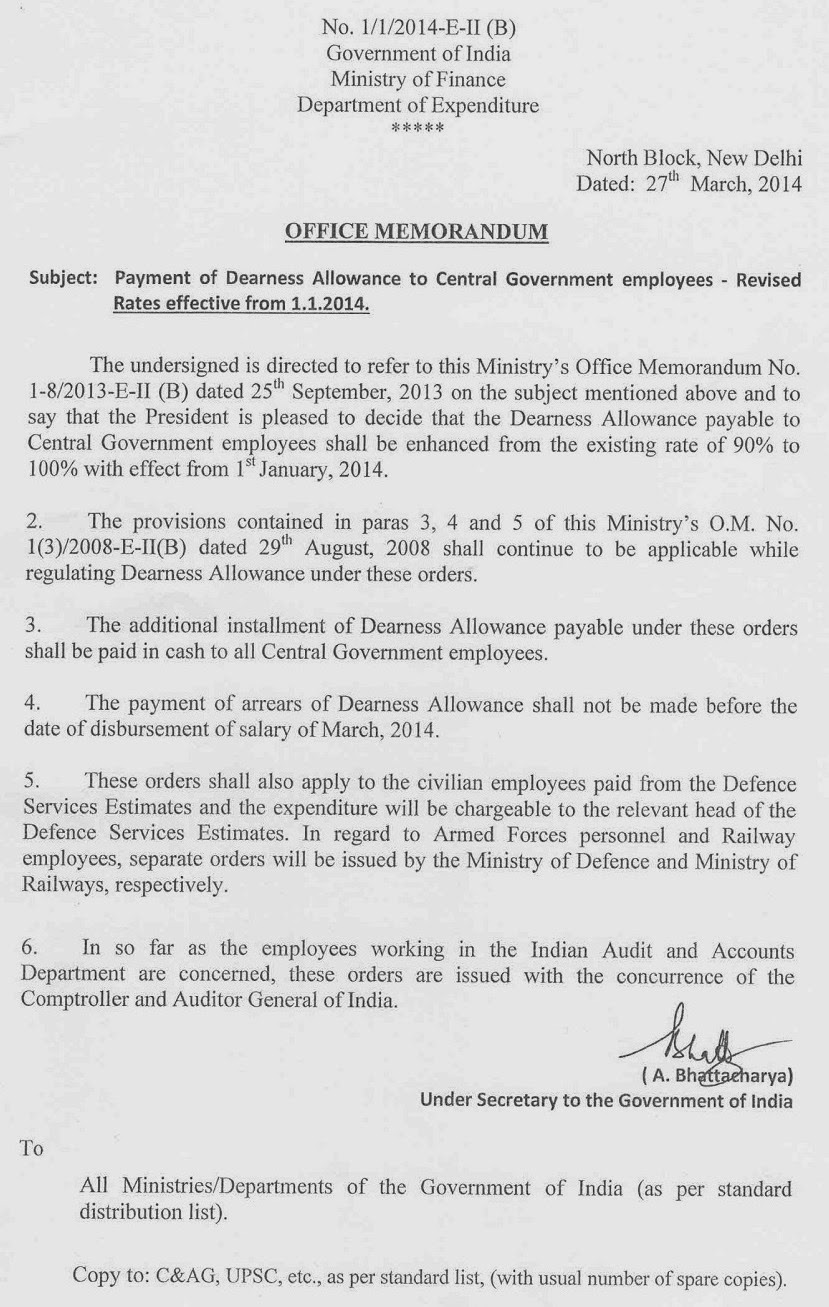 The undersigned is directed to say that in connection with the general elections to the Lok Sabha and State Legislative Assemblies of Andhra Pradesh, Odisha & Sikkim and Bye Elections to Legislative Assemblies of some States, scheduled to be held in 2014, the following guidelines, already issued by DOPT vide OM No. 12/14/99-JCA dated 10th October, 2001, have to be followed for closing of the Central Government Offices including Industrial Establishments in the States:-

(i) The relevant offices/organizations shall remain closed on the day of poll in the notified areas where general elections to the Lok Sabha and State Legislative Assembly are scheduled to be conducted.

(ii) In connection with bye-election to State Assembly, only such of the employees who are bona-fide voters in the relevant constituency should be granted special casual leave on the day of polling. Special Casual leave may also be granted to an employee who is ordinarily a resident of constituency and registered as a voter but employed in any Central Government Organization/Industrial Establishment located outside the constituency having a general/bye-election.

2. The above instructions may be brought to the notice of all concerned.

Letter addressed to DG Posts, Department of Posts, New Delhi regarding draft seniority/eligibility list of Grade-I Stenographers as on 01.01.2011 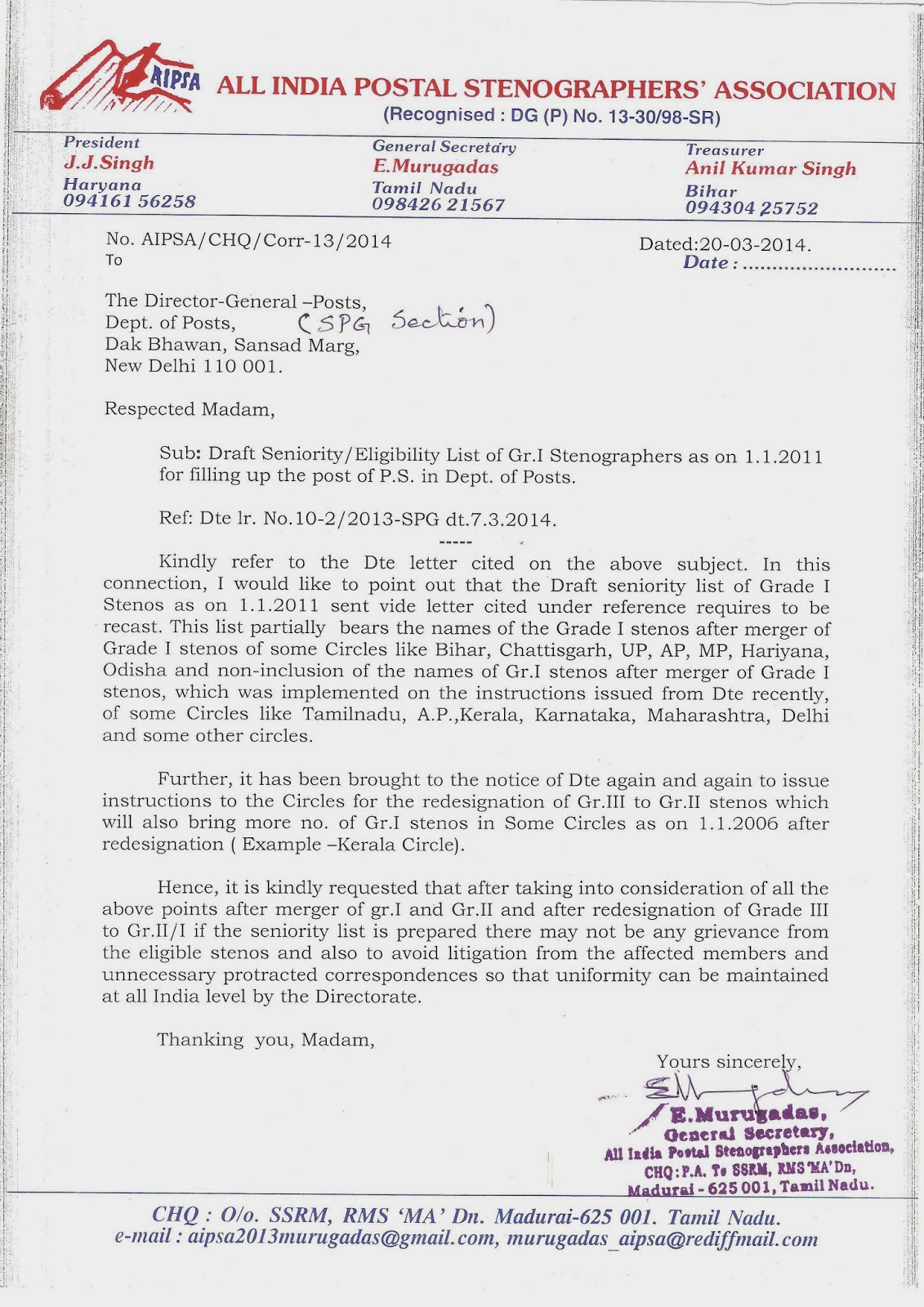 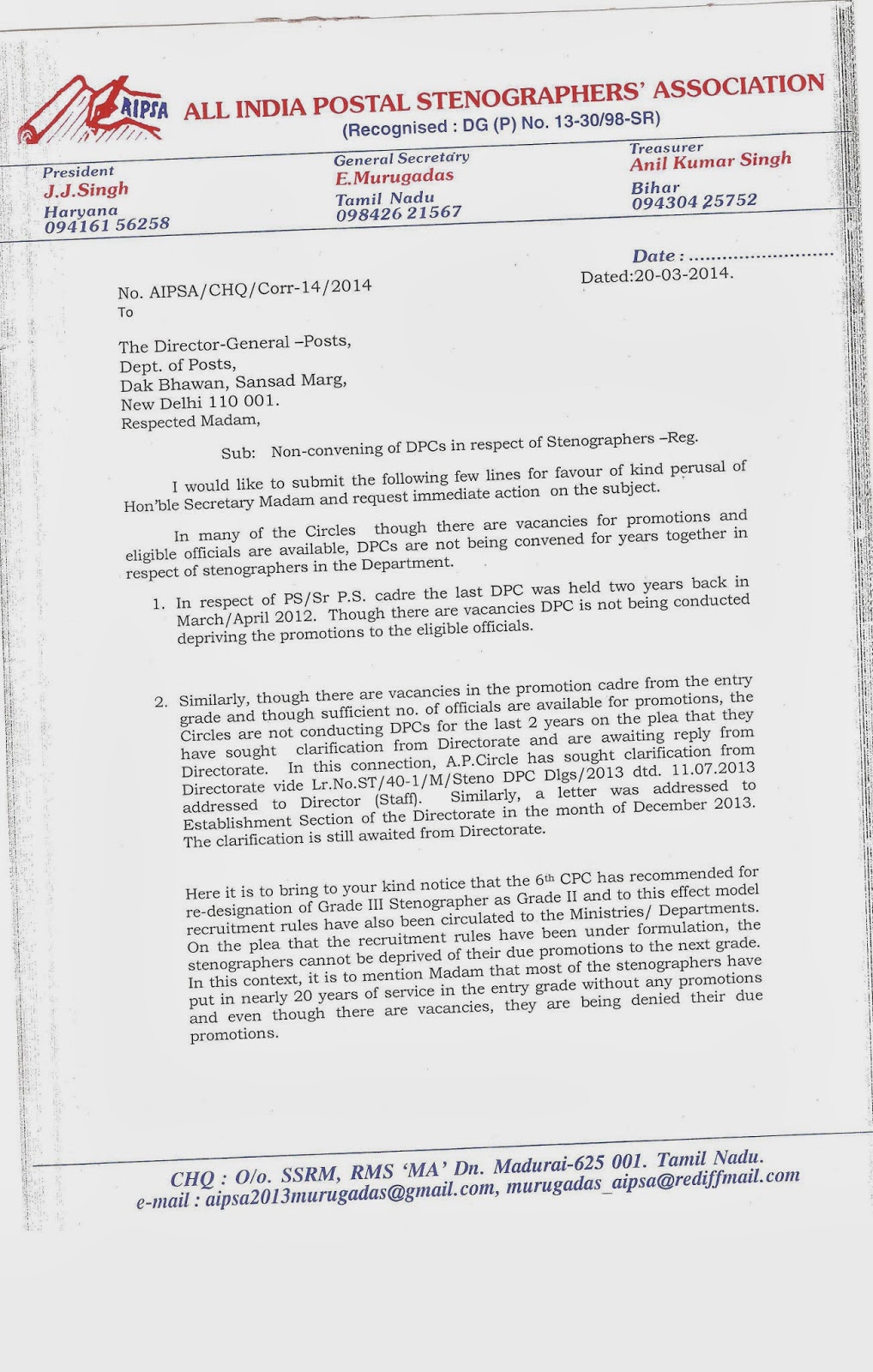 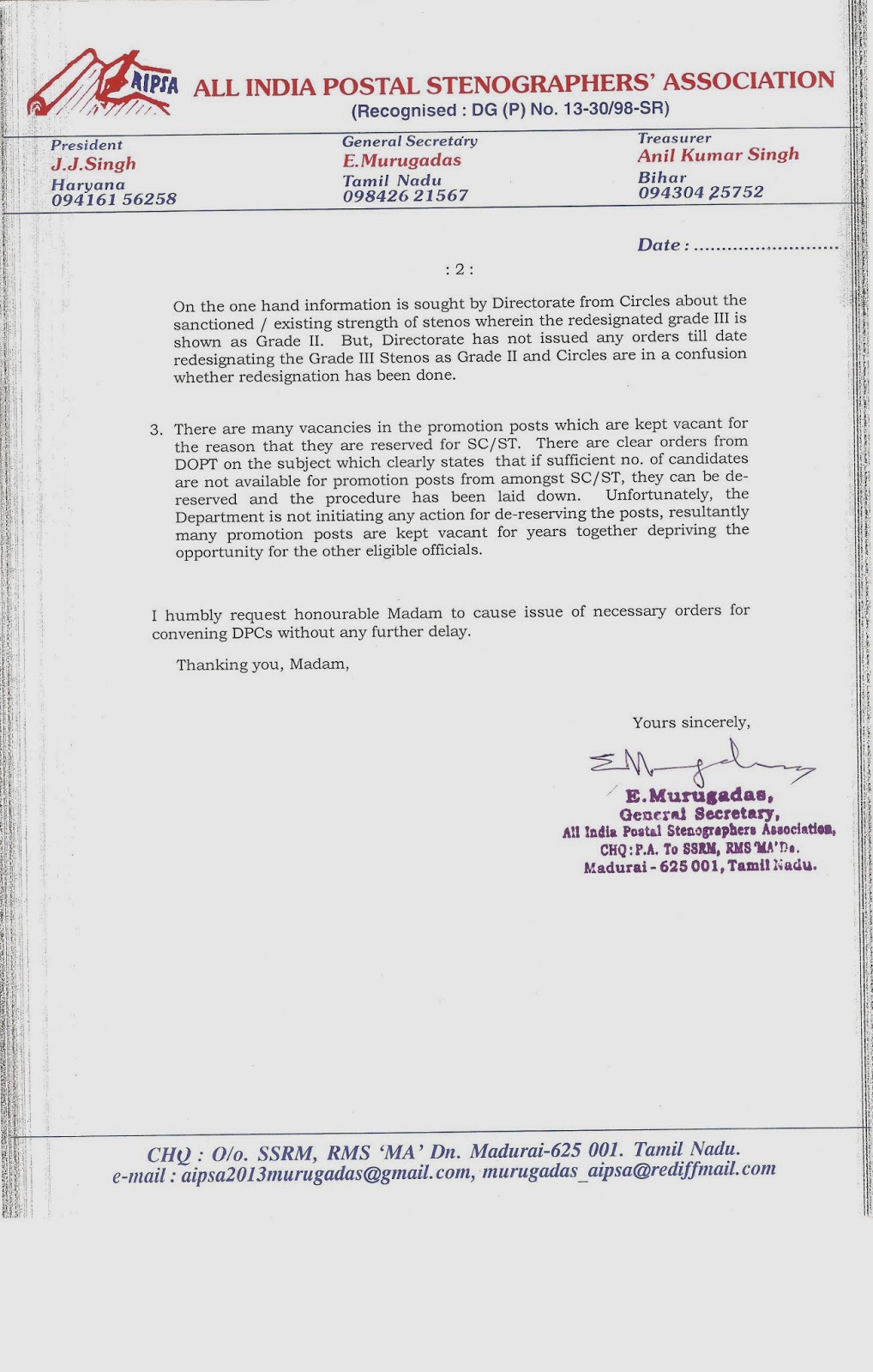 Letter from General Secretary, AIPSA, CHQ on Minutes of the Meeting on Cadre restructuring & Draft Seniority List of Gr. I Stenos.

Dear friends,
After submitting the revised  cadre restructuring proposal in the month of January 2014, demanding for increasing the posts in Grade I, P.S. and Sr.P.S. cadre, the Directorate in the last week of February 2014 has forwarded the minutes of the meeting which is being forwarded herewith.

In support of our demand for increase in the no. of posts of P.S. and Sr.P.S. we have supplied the copies of the orders of Min. of Defence and Income Tax Departments which have increased the posts and even created the posts also.  During the course of discussions when ADG informed DDG that P.S. and Sr.P.S. are identified posts and there are norms laid down by DOPT, we took objection to that and apprised DDG madam about how the other Ministries & Departments and DOPT itself increased the posts.  DDG Madam informed that we can increase the posts and the supportive documents have given strength to our demand.

But, unfortunately, Directorate in the minutes informed that ““The official side was also of the view that the proposal should not contain any new creation of posts and also that functional hierarchy of attachment of stenographers should also be not disturbed”.
Directorate has casted a shadow on the genuine demand of the association by saying that the functional hierarchy of attachment of stenographers should also not be disturbed.
In this connection, it is proposed to take up this issue urgently with  D.G. (Posts), Member (P) and DDG(Estt), expressing our displeasure and also to accede to our genuine demand.  If they are not acceptable to our demand, we will demand nothing less than absolute parity on par with CSSS.  Hence, our Assn. shall be constrained to go on trade union activities as would be decided in the CWC Meeting to be convened shortly in case our justified demands are not met.
Please go through the minutes  and cause to express your opinions immediately, so as to enable me to give a FAX to Directorate without any further loss of time.

You may also be aware that the Gradation  List of Grade I Stenos has been issued from the Dte recently which are now available at all the C.Os and at our aipsa and aipsatn blogspots. Kindly go through the same and if any discrepancies are noticed regarding your seniority it may kindly be brought to the notice of your C.O  immediately. The list bears the names of the Gr.I stenos after merger of Gr.I stenos by some Circles viz., Bihar, Chattisgarh, U.P., A.P., M.P., Hariyana, Odisha and non-inclusion of names of Gr. I stenos after merger in some Circles viz., T.N., Kerala, Karnataka, Maharashtra, Delhi and some other Circles. Hence, the list requires to be recast and uniformity should be maintained by the Dte at all levels after the implementation of merger of Grade I and Gr.II and redesignation of Gr.III to Gr.II. Now the issue has been taken up with Dte for rectification of defects and discrepancies.

Cadre restructuring of Stenographers of Department of Posts. 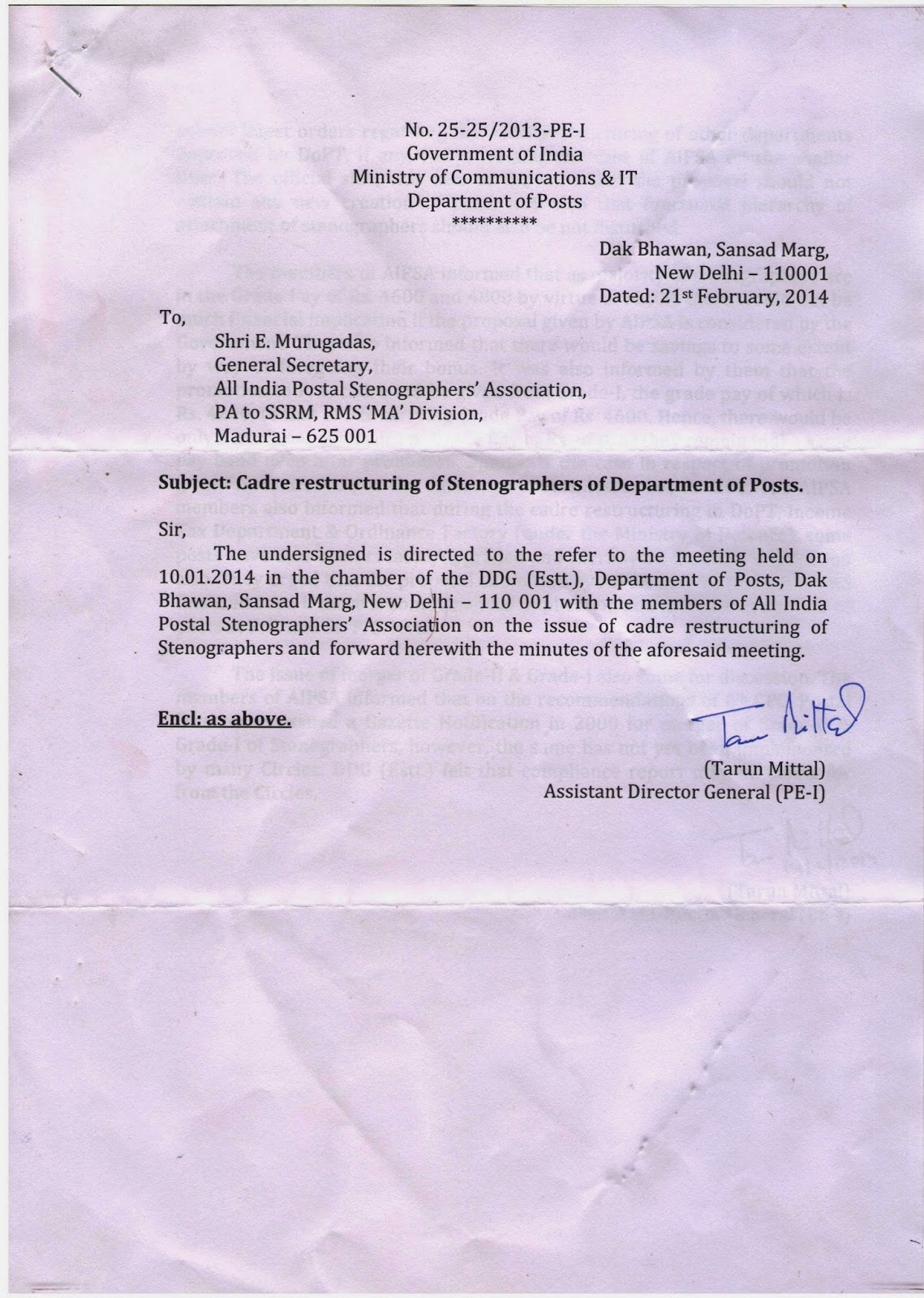 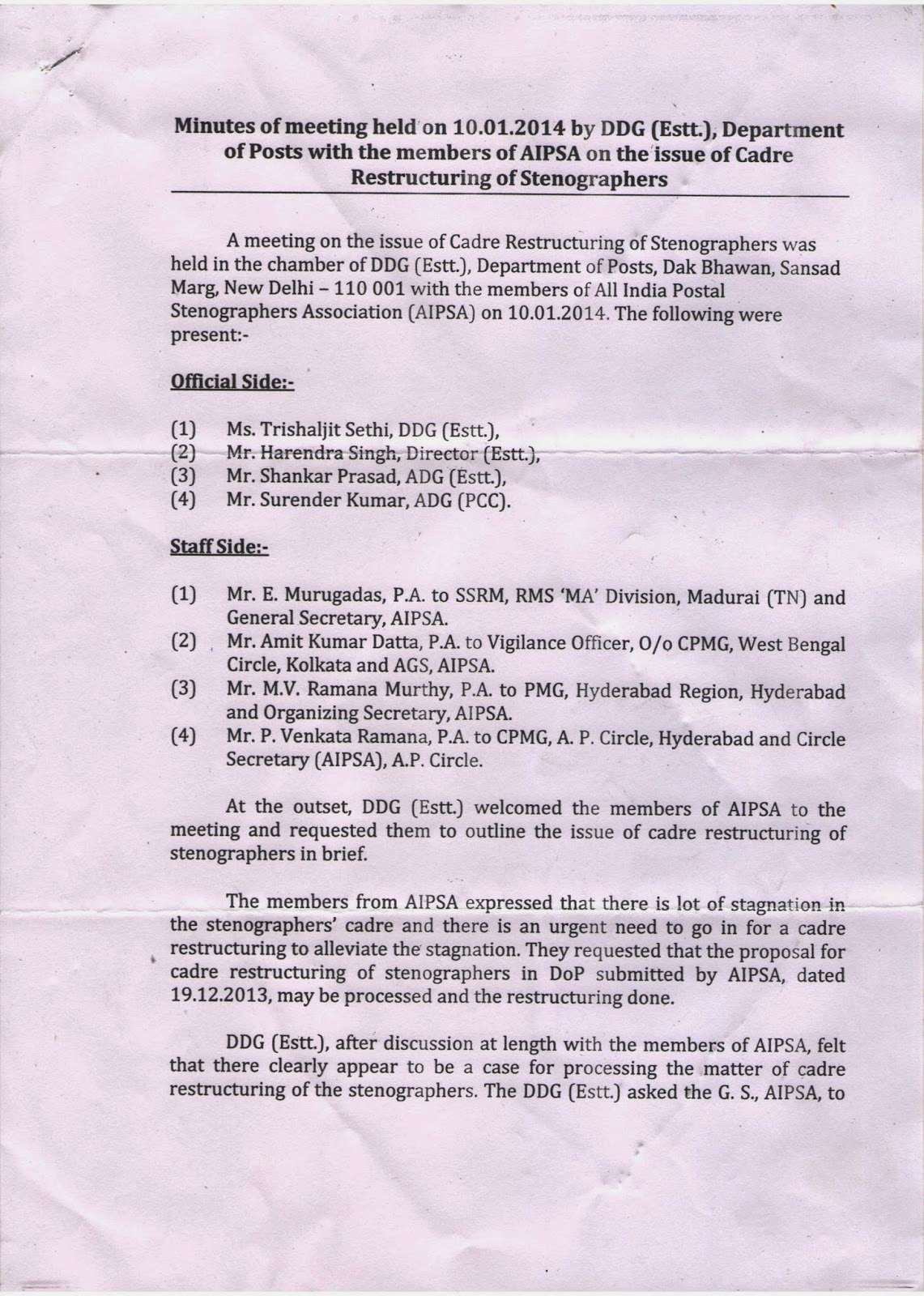 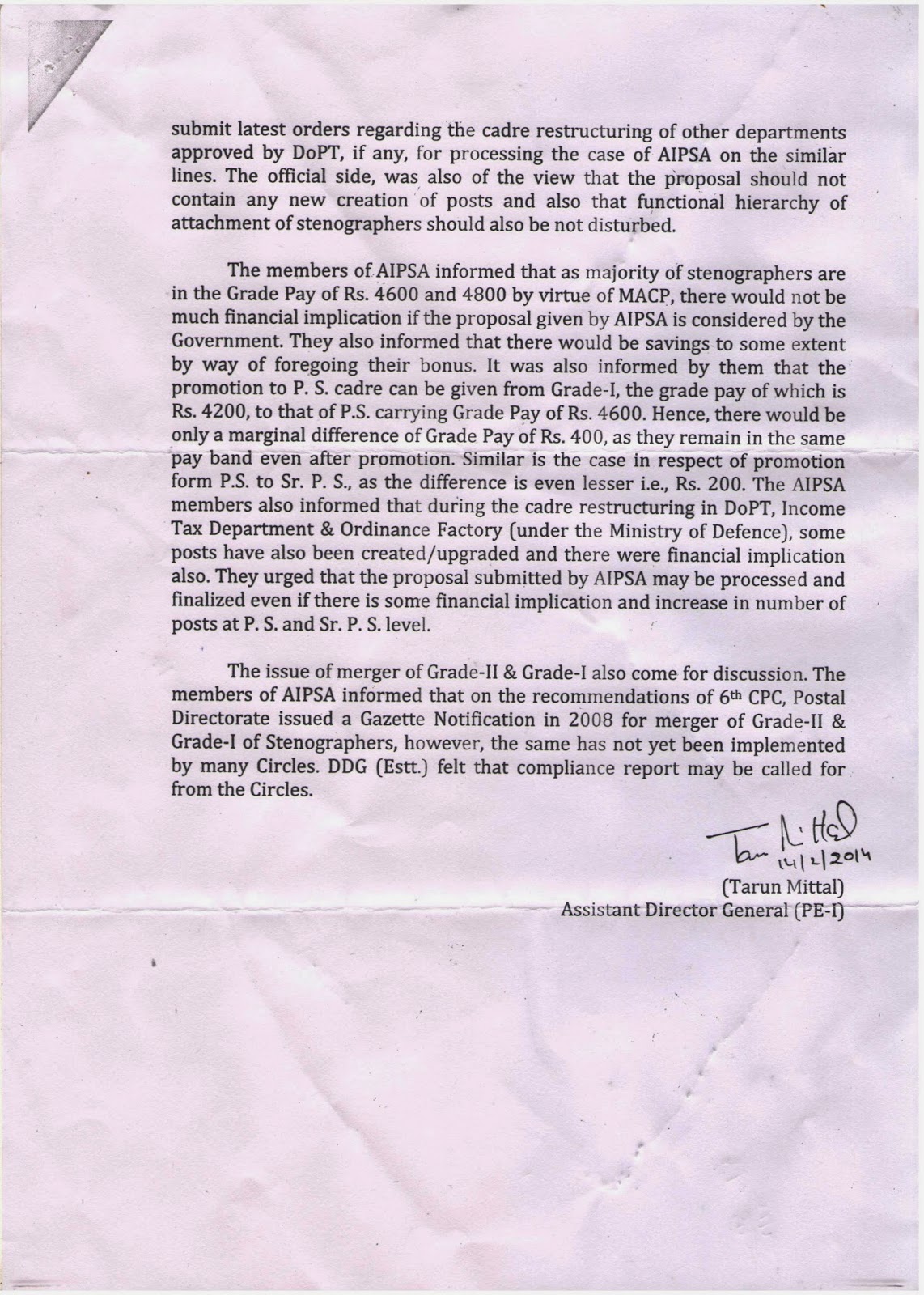 Draft seniority/eligibilty list of Grade-I Stenographers as on 01.01.2011 for filling up the post of Private Secretary in Department of Posts. 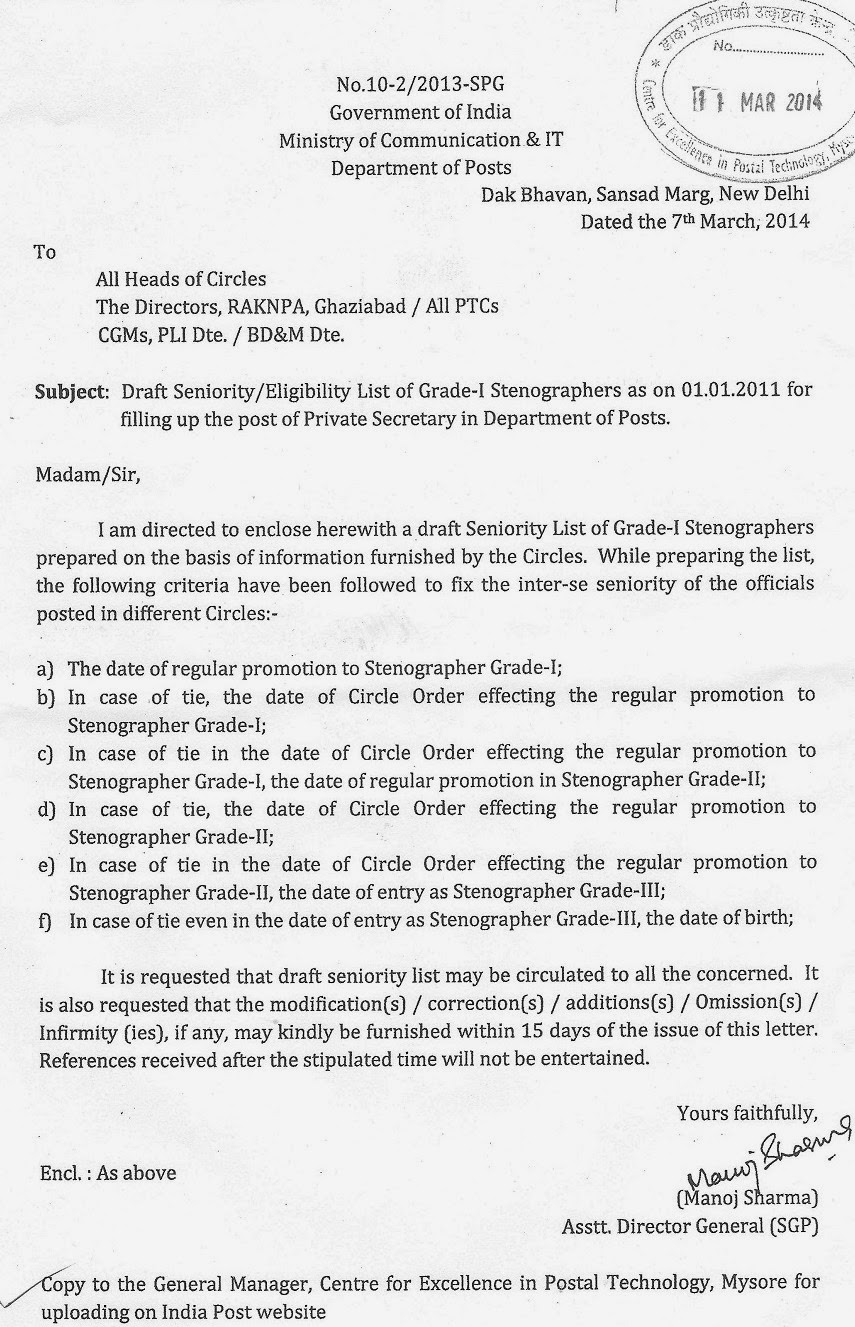 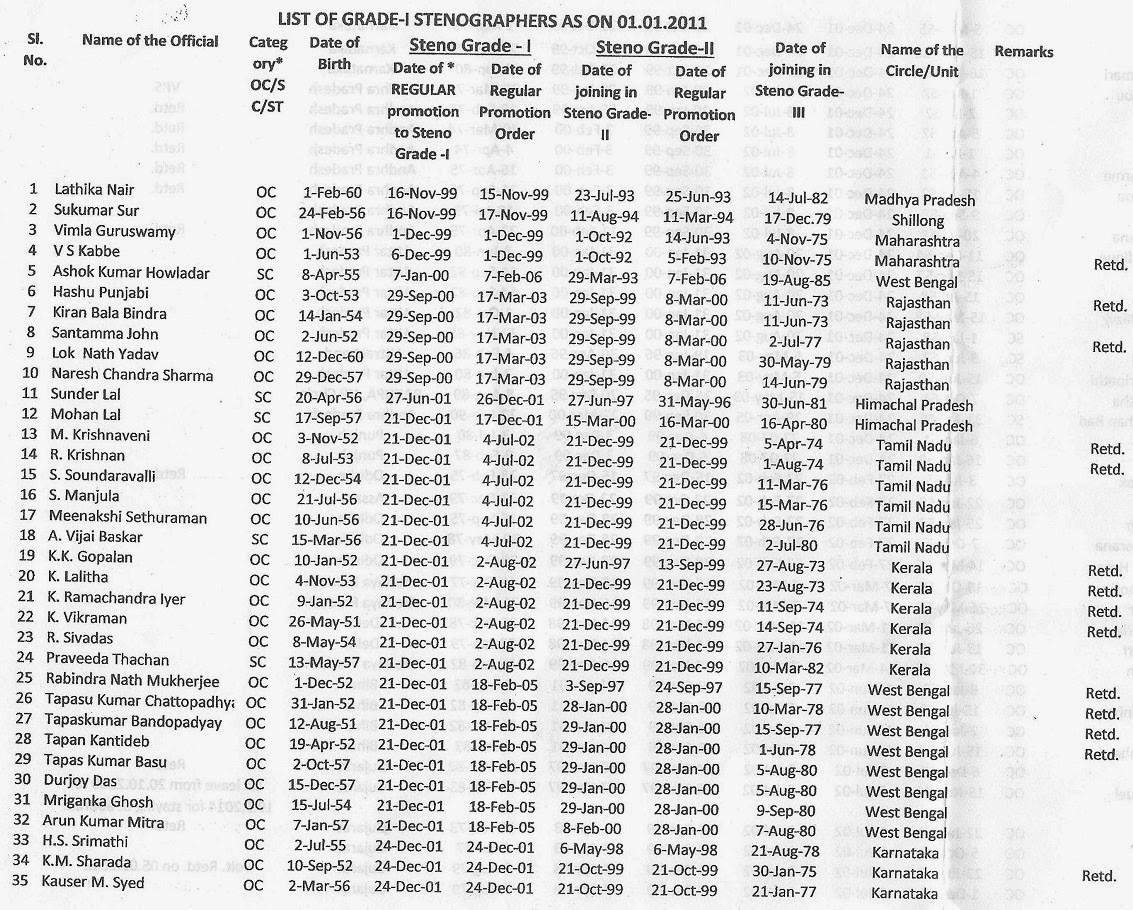 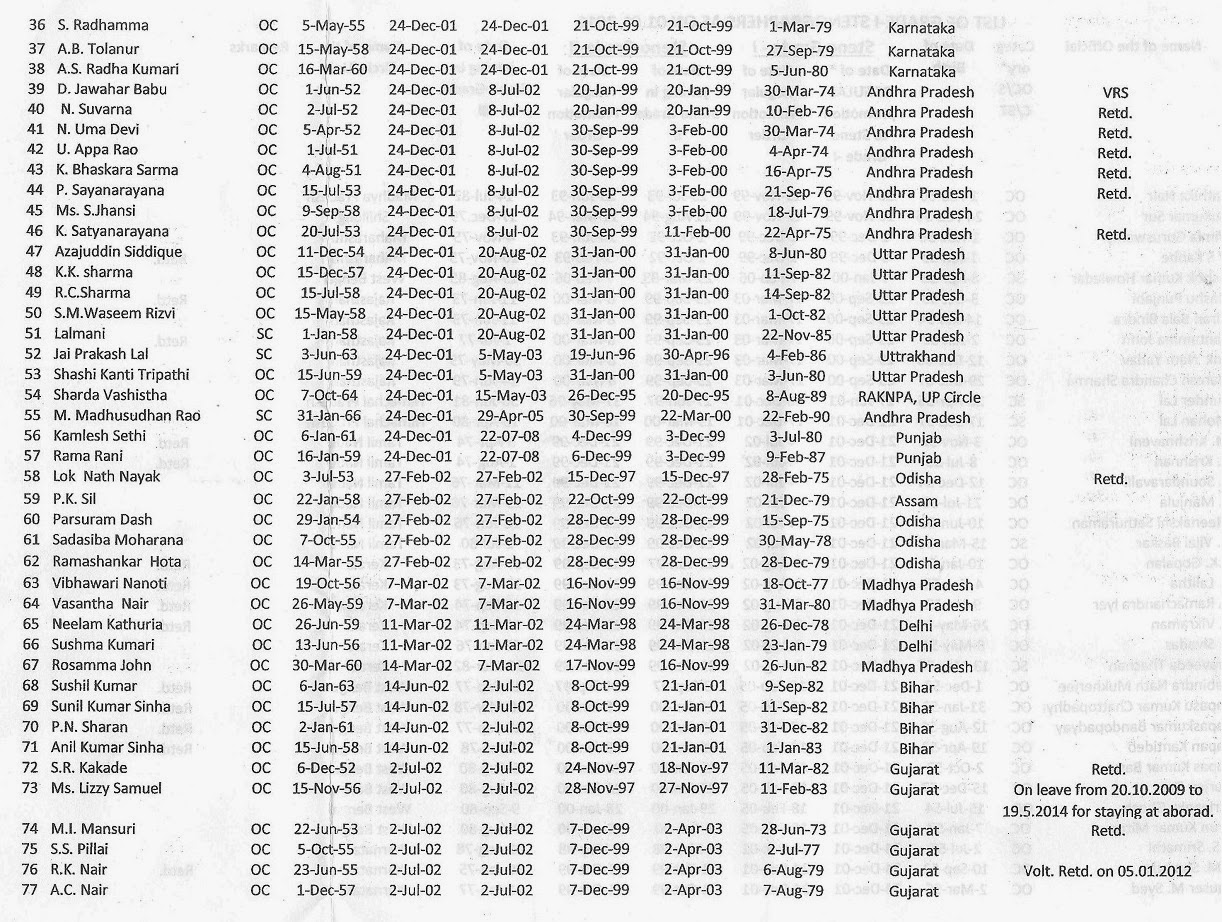 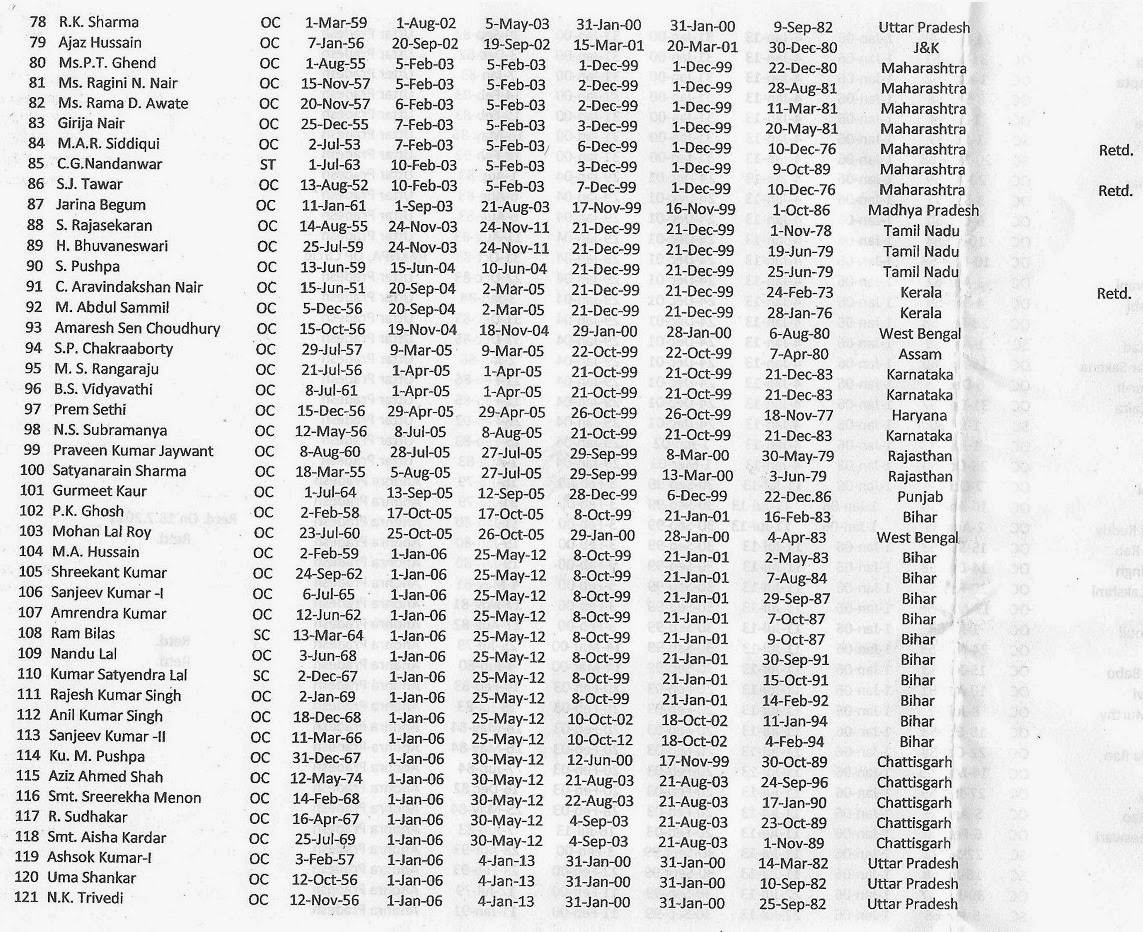 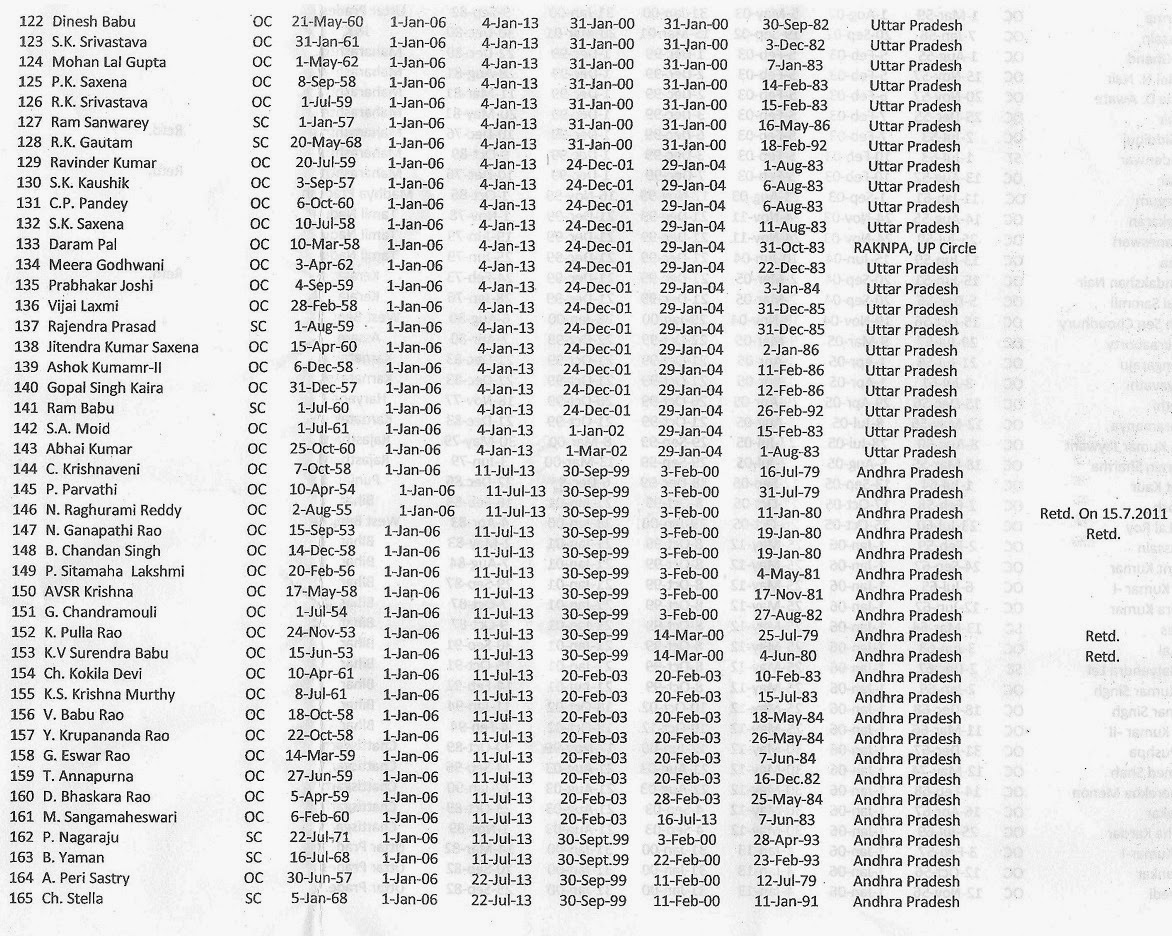 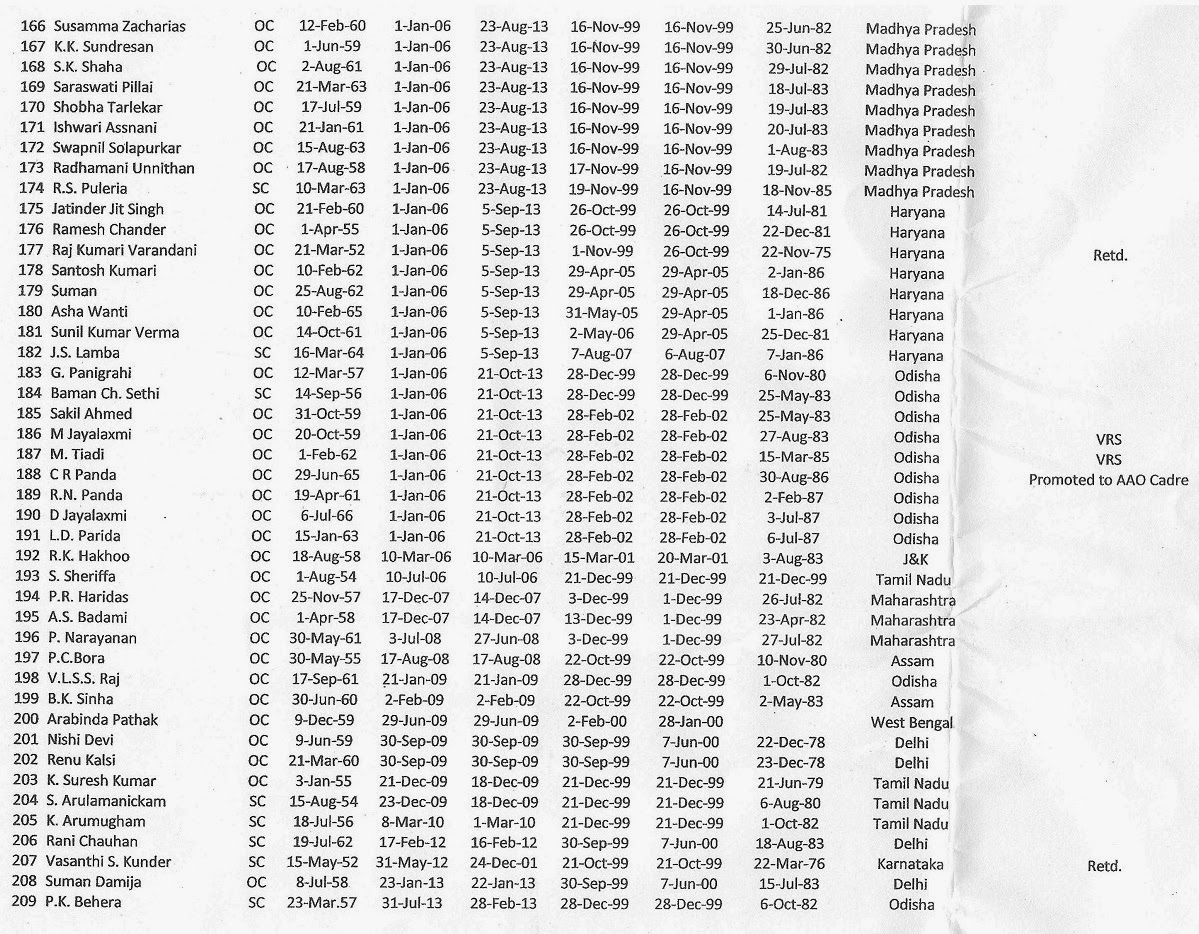 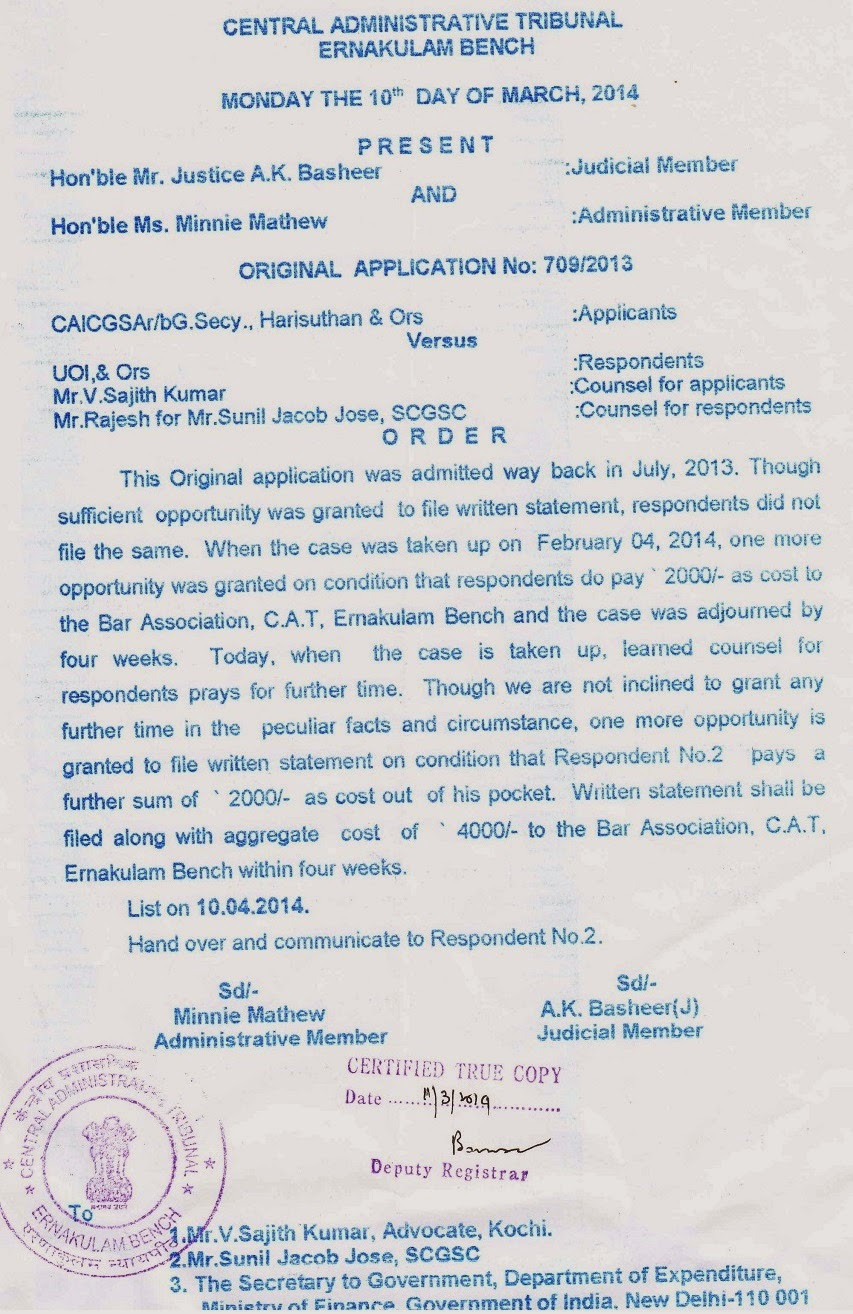 It has been decided to declare Monday, the 14th April 2014, as a Closed Holiday on account of the birthday of Dr. B.R. Ambedkar, for all Central Government Offices including Industrial Establishments throughout India.


2. The above holiday is also being notified in exercise of the powers conferred by Section 25 of the Negotiable Instruments Act, 1881 (26 of 1881).

3. All Ministries/Departments of Government of India may bring the above decision to the notice of all concerned.

Sd/-
(Ashok Kumar)
Deputy Secretary to the Government of India
Posted by AIPSA at Thursday, March 13, 2014 No comments: 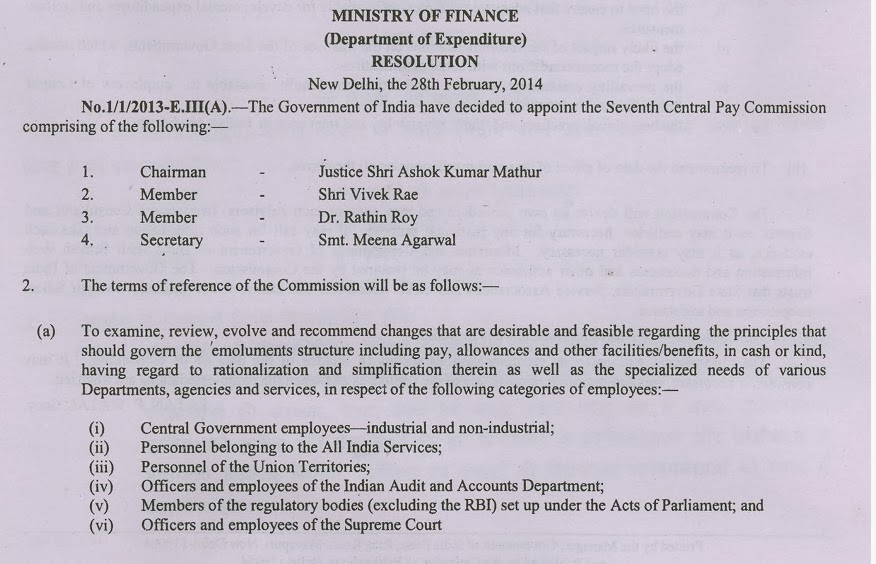 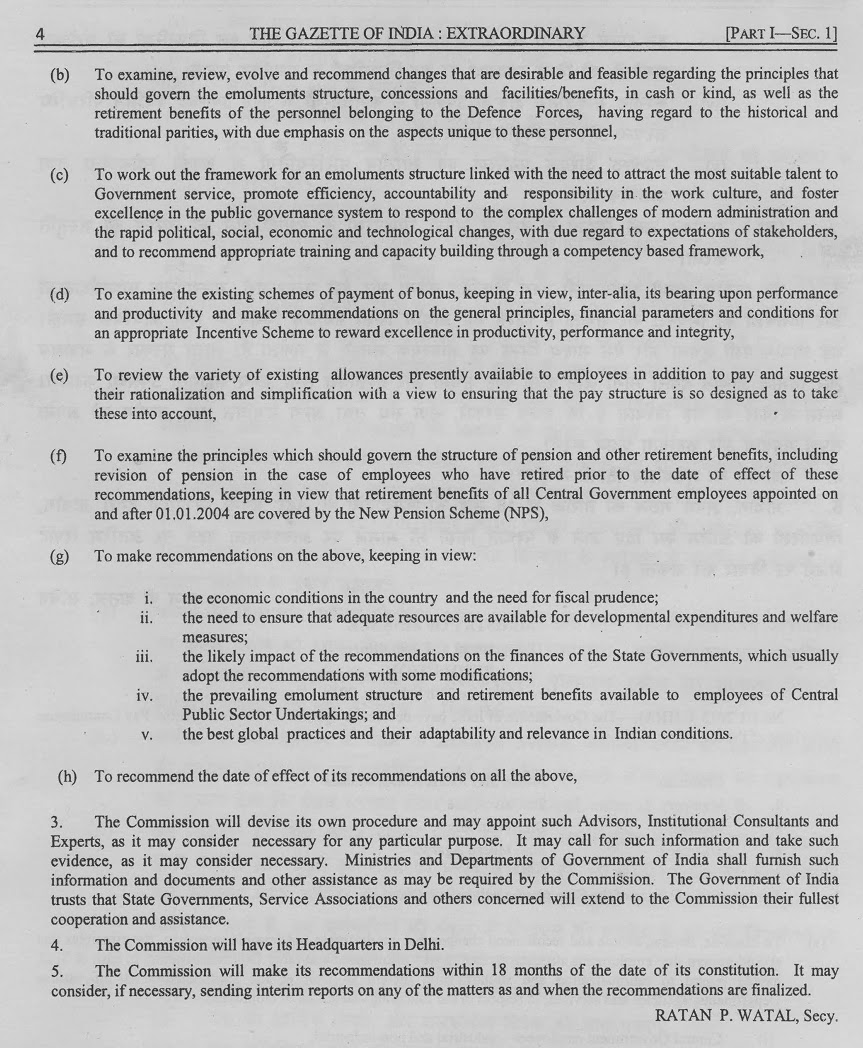